By Jessica Myers/Luce Foundation: Southwest Stories Fellowship
PHOENIX – In the six months Maria Chávez’s husband has been detained at La Palma Correctional Center, he has been quarantined twice after being exposed to suspected cases of COVID-19.

And quarantine, for him, has meant solitary confinement. Andrés gets 20 minutes a day outside his cell, Chávez said, which he first uses to call his wife of 29 years and family. He uses the remaining time to shower.

“Any normal person would get depressed in quarantine, locked up for almost 24 hours a day,” Chávez said in Spanish. “For those of us on the outside, it’s different. But for the person that’s inside, it’s enough to drive you crazy.”

La Palma, which can house up to 3,060 detainees, is one of two privately run Immigration and Customs Enforcement facilities in Eloy, Arizona. The other, Eloy Detention Center, can hold up to 1,456 people.

At the end of July, there were 252 positive COVID-19 cases at Eloy and 108 positive cases in La Palma. Among the roughly 4,000 detainees who had tested positive for the virus as of late July, ICE data showed Eloy Detention Center had the third-highest number of positive cases in the country, after facilities in Washington, D.C., and Texas.

Migrant rights activists suspect official numbers don’t tell the full story — given the lack of comprehensive testing at detention facilities, they say, it’s likely COVID-19 has sickened or infected many more detainees. But officials from ICE and CoreCivic, which owns and operates both Eloy facilities, have defended their handling of the pandemic, saying they’ve relied on federal guidelines to protect employees and “those entrusted to our care.”

Lawsuits filed throughout the country argue those measures have fallen short. Migrant advocacy groups say the facilities’ poor ventilation and small, enclosed spaces put detainees — many of whom are seeking asylum in the United States — at high risk of contracting COVID-19.

They contend release is the “only appropriate remedy.” 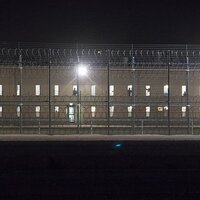