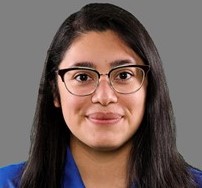 An interview with the Director of Esports at St. Mary's University, Kaitlin Teniente, discussing how the pandemic affected interacting with the students through esports and other casual videogame events.

Beltran, Vianne 0:02
So thank you for doing this for me.

Beltran, Vianne 0:06
So you're the Director of Esports, named Kaitlin of course. Just a bit of background. So people who aren't familiar with the program. Was there a program before you started? Here?

Teniente, Kaitlin 0:21
There was not a program.

Teniente, Kaitlin 0:50
Gotcha. So, previous to this job, I have been working in the eSports industry for about four years. Most of my work was in marketing and event management. So coming here to build this program, those two things really helped to kind of establish our branding and establish the way we coordinate things only we, you know, run practices and competitions, things like that, or the competitions we participate in, rather.

Beltran, Vianne 1:22
And so you were hired in spring of 2020. I read. Did you when you heard that spring break was being extended? Did you ever think that school was going to be canceled?

Teniente, Kaitlin 1:39
So that was it was really interesting, because I signed my like, official offer letter. The Friday of spring break, I think. And that's when we were told we were coming back to campus. So at the time, I didn't, I didn't really know how [she pauses, people passing by, talking] feel like it's usually not this busy on a Friday?

Teniente, Kaitlin 2:18
But, um, yeah, no worries. So like, when I got the news that we weren't coming back to campus, and that we'd have to work remotely. You know, I didn't, I didn't really think we would be working remote for so long. My expectation was like, come fall, we'd be back on campus. But obviously, that didn't happen.

Beltran, Vianne 2:34
That there? Were there any obstacles you expected?

Teniente, Kaitlin 2:40
Um, I don't think anyone really know what to expect other than, you know, technical difficulties of working remote. And, you know, with that, you know, when you're working remote like that, it's really hard to build relationships on campus, especially with, with other departments, like, you know, not seeing people face to face, and you know, not being able to just walk over to someone's office, I think that definitely posed some challenges.

Beltran, Vianne 3:09
Did you think there was an easier transition, because you're working with students who probably had experience with technology?

Beltran, Vianne 3:53
So was there a lot of Do you think that you probably had a lot more events online? That included people like casual gamers?

Teniente, Kaitlin 4:09
It's hard to say, because we really don't have anything to compare it to, you know what I mean? Like? It's, I guess, it depends on how you measure, you know, what is the success of an online event? If one person shows up is that the success? It's 20 people if more than two, it's really hard to measure. But I think what we saw was that there was a lot of support online. Right. And that comes in a lot of different forms. So not just people coming to our virtual events, but people engaging with our Twitter posts and our Instagram posts and the things that, you know, we were collaborating with. So that's, I think, some of the virtual success we saw was just that online engagement. Because it's kind of hard to count. You know, how do you really quantify someone who shows up to a virtual events don't really show up, you know?

Teniente, Kaitlin 5:16
Um, you know, again, it's hard to say because we really don't have anything to compare it with. Even looking at other esports programs at different universities. We were all figuring out how to do these things at the same time. I mean, granted, before the before universities have like these sports arenas, or esports, programs, there were just gaming clubs on campus, and then the students would operate primarily online. So that's something that we really looked at was, you know, if it's been done online before it can be done online again. And yeah.

Beltran, Vianne 6:00
So now that you're back on campus, do you think that there's a difference, like being face to face? main things, more relationships? Like,

Teniente, Kaitlin 6:12
I think like, the work itself can be done anywhere. But like you said, the relationships, I think that's really the key components are really the key thing that we've seen. Develop is students who, you know, all last year played remotely, are now getting to meet their teammates. I mean, it definitely makes for some interesting interactions. You know, we've had students come into the arena, and someone asked, you know, who are you? And it's like, I'm your teammate, you know, they've never met before, they've never seen each other before. And so you sometimes get those kinds of situations, but I think, you know, having players and teammates just physically in the same room, playing a match or practicing has helped to build some of those really strong team bonds that are needed on on any team really.

Teniente, Kaitlin 7:19
So? Yes, and yes, well, let me expand. So the League of Legends viewing party was our first in person esports event where we invited the community to a physical location. Prior to that, we did do some online events. But we hadn't we hadn't done a watch party for an Esports event, we had done like a watch party or a viewing party for movies. But this was our first eSports event in person. And it just so happened to be watched party.

Beltran, Vianne 7:53
Were there any COVID precautions that the university had you follow?

Teniente, Kaitlin 7:59
Um, I wouldn't say there was anything that we specifically had to follow other than the guidelines that we've been using all semester. So we really just followed that, and didn't run into any issues.

Beltran, Vianne 8:11
So there's nothing they specifically you didn't have to ask permission or anything for like, specific,

Teniente, Kaitlin 8:16
Um, you know, we have to reserve the room and, you know, say how many people are going to be there, things like that. And once that got approved, and we established that number, using the school's COVID protocols, everything was pretty much checked out at that point, in a good way.

Beltran, Vianne 8:34
And how many people you think showed up in person?

Teniente, Kaitlin 8:36
We had 20 people show up new people at 7am on a Saturday.

Beltran, Vianne 8:45
That's good. Do you think there will be any more like watch parties type of things in the future?

Teniente, Kaitlin 8:52
So we're actually we're planning more events in the spring, they're not going to be too large. But our goal is to have that similar, you know, 20 to 30 people show up. Right now, we have plans for an open house in the arena in the spring. And we're working with the business school to coordinate a tournament so you know, we're hopeful and things you know, take time to plan but from the success that we saw on the viewing party, I think we can mirror that elsewhere.

Beltran, Vianne 9:25
Are you prepared to in case things have to go back completely online?

Beltran, Vianne 9:47
That's good. Are there any, like casual game nights for students?

Teniente, Kaitlin 10:04
Yeah. So one of the things that we've learned along the way is, or one of the things we're trying to figure out is like the happy medium for gamers of all walks of life, because some people want really competitive games at a high frequency, whereas other people may want much less competitive games at a much lower frequency. So it's been a, you know, it's been a challenge figuring out what works best for a large group of people. And what we're deciding on or what we've decided is that come springtime, we're going to include more game nights, but have it more varied. So maybe another minecraft night, you know, in February, but come March, we'll do Valorant, something like that, so that we can again, have a larger audience or appeal to a larger audience.

Teniente, Kaitlin 11:11
So we will try to work with as many departments on campus that will have us. So for like our fundraiser, we do our 12 hour live stream on Twitch, we reached out to Dean Bessler, again, we reach out to President Mengler, we reached out to some faculty and staff and invited them to the event and it was wildly successful. I mean, people really enjoyed seeing Dr. King, you know, play fall guys as well. I mean, we have Dean Bessler play fall guys in the spring, but for us, it's really about, you know, starting that conversation, building that bridge and offering, you know, an opportunity to be a part of esports in some way. I mean, that could look, you know, that may look a lot of different ways, but we like to reach out to as many people as possible.

Beltran, Vianne 12:08
Well, I think that's a that's good enough for my project.

Teniente, Kaitlin 12:13
Yeah, no, problem. I know we couldn't really narrow down a good place to talk but hopefully you got everything you needed. If you need anything else, just let me know. But yeah, glad I can help.

This item was submitted on December 3, 2021 by Vianne Beltran using the form “Share Your Story” on the site “A Journal of the Plague Year”: https://covid-19archive.org/s/archive