Be Prepared: COVID-19 at Camp Wolfeboro

On March 19, 2020, California Governor Gavin Newsom issued Executive Order N-33-20, which ordered Californians to stay at home unless they worked in certain industries or had to complete essential activities (like buying food or medicine). This shelter-in-place order put the possibility of 2020's summer camp season in jeopardy, as a non-essential activity.

Almost a month later, Golden Gate Area Council released a status update outlining the possibilities for camp that summer. If the shelter-in-place orders were lifted by May 14, then camp would continue as normal, while camp would be shortened if the order was not ended by June 1. If the order continued beyond June 1, then camp would not open at all. In either of the latter two scenarios, there would be a virtual merit badge program called "Web-oro".

The last of the three options is what actually happened, closing Wolfeboro over the summer for one of the only times in its history. 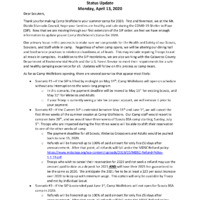 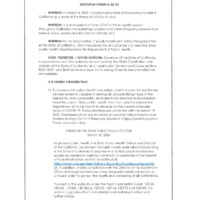 "Web-oro" eventually changed names to Exploration Camp, which ran from June 15 to August 7, 2020. Camp was structured similarly to how merit badge sessions would normally be scheduled at Wolfeboro, with merit badges being completed over the course of a week at daily sessions, in regular time slots.

Fifty-nine merit badges and three ranks (Tenderfoot, Second Class, and First Class) were offered through Exploration Camp. Some of these are traditionally-offered Wolfeboro merit badges, like Nuclear Science or Communication, while others are unique to Exploration Camp. These include badges that rely on modern technology, like Programming and Robotics, as well as badges that just aren't offered normally, like Collecting or Genealogy. 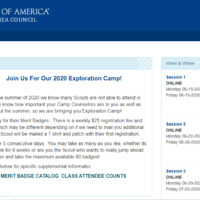 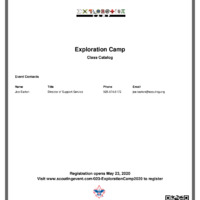 On May 14, GGAC released a summer camp guide for Scoutmasters, including Wolfeboro and the two other summer camps operated by the council. The guide raised the possibility that meals would be served as take-out, and/or that the Dining Hall would operate at 50% capacity. Additionally, the guide stated that wood-based fires would not be allowed at camp, meaning campfires had to use propane- or butane-based firepits. Furthermore, all campers would be required to either be fully vaccinated or show proof of a negative COVID test. Simultaneously, the council released a parents' guide, with much of the same information.

The Leaders' Guide also reccomended that troops take the BSA SAFE RESTART checklist before attending camp, which is attached below and was designed by the BSA to guide troops in returning to pre-COVID activites.

The changes GGAC made to summer camp also evolved up until the start of camp on June 20. On June 16, four days before camp started, the council released an Updated COVID-19 Policy, in response to California's official reopening on June 15. This policy modified earlier precautions, by clarifying that masks did not need to be worn outdoors and that meals would be eaten in the Dining Hall. The council adjusted camp regulations based on changing state guidelines. 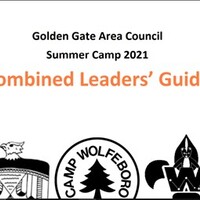 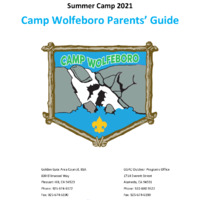 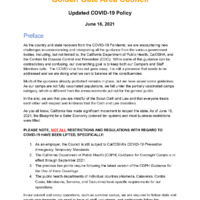 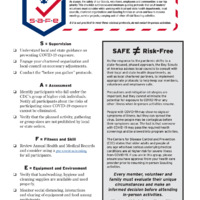