The freshmen experience has changed tremendously because of COVID-19, and this has forced the majority of them to adapt and change their routines in this new online learning environment. Attached is an interview with a St.Mary’s freshman’s experience as an online student, and how she has adapted to her environment in order to be successful in college during a pandemic. 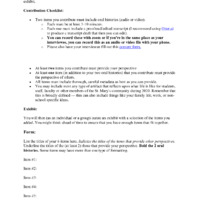 The freshmen experience has changed tremendously because of COVID-19, and this has forced the majority of them to adapt and change their routines in this new online learning environment. Attached is an interview with a St.Mary’s freshman’s experience as an online student, and how she has adapted to her environment in order to be successful in college during a pandemic.

So the first question about how I've been dealing with distractions while at home?

And that's actually very interesting, because I was just talking to a friend, that it is very, you know, like being at home really distracts me. So recently, like, especially with finals, I turned off my phone like this past weekend, on Friday, I completely turned off my phone and I tried to not look at it or use it at all. But there were some instances, you know, where I was eating or something that I did turn it on and watch like some YouTube just as a break. But doing that made me realize that even if I turned off my phone, I still get just very distracted, because I'm at home. So I would just go with my parents uh to bother them or with my sister, so or just to the kitchen to get a snack. So that's also like, part of the reason that I get distracted. So I just told myself like the, the sooner you finish your work, the better it is, and the more free time we'll have after, um, which is ultimately better than having, you know, to struggle and sleep late. So that's kind of my motivation.

The second question, what study habits have you use to stay on task and in an online classroom setting?

So it's very interesting, because I, like my classes don't really require me to study that much. It's more reading and critical analysis. But to you know, to cope with that, I do speak with more people, not to study but to hear their views. Whenever I have to do like a writing or an assignment that has to do with an essay, that has to be an essay, sorry, I sent it to other people, so that they can revise it. So that's kind of like my method of studying, doing things on my own, and then asking other people what they think of it. And any, because ultimately, like those essays are like, my grades, like my test. Well, yeah.

And then the third question, which is what methods have I used to hold myself accountable with my schoolwork?

Oh, that's a good question. I usually I'm a freak for grades. I freak out whenever I have lower than a 90. So I guess it's just kind of like, part of me that I have to be holding myself accountable for my for my grades. So what I found to be more helpful with the online environment, especially because the professor's may upload this the workload a week prior two weeks prior, the deadline. So I do it when they first you know, so like uploaded into Canvas. And that way I have, you know, two three weeks of the, whichever class I'm doing. So I was actually talking to a friend today about that specific thing. You know, today was my last class for my retort my last zoom meeting for my rhetorical composition class. And like the exam was like a writing. And it was two writings, like two writing essays. And what I did was I did it this past weekend, even though it's due on Friday, so I have no work for for that class anymore. So I'm finished. So I basically already you know, I'm done with it. Um, so that's kind of how I've been like holding myself accountable for my work and seeing, you know, my grades almost every day, but yeah.

Um, the fourth question is, what has what was the hardest challenge while learning online and why?

There were a variety of challenges, I'm not going to lie. Um, but I feel like at the beginning, it was definitely making connections and making friends. I'm an extrovert, and I love talking to people and meeting new people. And the online environment didn't really give me as much as as like that as much as I want it to. So it didn't really feel like I was in college. You know, I was still talking to my other friends. I was talking more to my old friends like my high school friends more than I was talking to people from college from St. Mary's, because I didn't really know anyone, and it felt like I felt a little bit out of place. But then I found you know, my group of people and some friends and I connected automatically with the professors. And not as like, wait, it was way easier to connect with the professors than it was to with the students. But I guess it's also just in part because of, I guess, professors, kind of have more open openness as to what we're going through and Students are barely trying to figure out what they're going through themselves. So yeah, definitely making friends was a challenge. Because I, I guess I also like come off as a very odd person sometimes. And I say like these I usually have you meet me in person, I try to crack a joke every once in a while. But through zoom, we're online. Like, it's not you don't get that vibe. So I definitely feel like it was like the difficult. The most difficult part for like, online learning was it's fully expressing myself through zoom and like virtual learning, or text.

So yeah, the fifth question was, what advice would you give to other St. Mary's freshmen?

Ah, that's a great question. Definitely. Don't be afraid to contact, you know, your professors or other people. What I did, so I guess this would actually be my biggest advice. What I have been doing ever since high school is, like, the summer before or the winter break before the start of the semester. I either email or see, I mean, now email, right. But before I used to go visit, you know, like, my, the teachers that I was going to take the next semester to present myself, and ask, you know, like, oh, is there anything else I can do? Is there anything you need help on? Or, you know, like, I'm very excited to take your class next semester, do you have any, you know, expectations as to what you, you want students to know. And that really helped me all throughout because one it in, you know, it's it made me will meet the teacher and the professor. And it made them remember me. And I remember, when I first started doing this, my friends were like, “ That’s so crazy, don't do that! Don't be a teacher's pet.” But it’s not being a teacher's pet. Because it's literally like, I like meeting people. And I'm going to spend almost, what, six months with that teacher. So might as well have a good time, you know, and be respectable, and, you know, I'm beat, like, show respect for the professor. That way, they're going to show like, they're going to see, you know, the interest that the student has. Um, so I did that. And in the summer of this, this year, I emailed the professors that I was going to take, and I asked them if they can meet through zoom, they did, I asked them a couple of questions, you know, about their, about St. Mary's, and about the online environment and everything. And so it definitely helped, you know, having a little peace of mind as to who they are and also them asking me as to who I am. And even I know, I had two professors who I didn't meet directly through zoom, it was on through email. So that's also like, very helpful either way, because, you know, it's still the, the, you know, the detail. So that would be my greatest advice, you know, like, I mean, not try to be the teacher's pet, but try to show respect and, and show that you care, and then they'll care and though, you know, show their respect back. So yeah, that would be my biggest advice, and I thank you for listening. Well, yeah. Thank you.

This item was submitted on November 21, 2020 by Katelyn Espinoza using the form “Share Your Story” on the site “A Journal of the Plague Year”: https://covid-19archive.org/s/archive